HOW TO GET YOUR KIDS TO LEAVE HOME BY

“Mate,” I said, “slow down! That’s revolting. If you carry on, you’ll never attract a girlfriend, get married and want to leave home.” To which my wife, of all people, said, “But I don’t want you to leave home!”

I don’t know about you, but I think that I have done my duty. We have raised two great kids. They graduated high school, and are now at Uni. They have part-time jobs and no student debt. The next logical step it to guide them into their own home, so that my wife and I can enjoy becoming empty-nesters.

The trouble is that the real estate market is going crazy! Interest rates were falling, and house prices are rising.

On average, a property in New Zealand will be on the market for only 36 days* before it is sold! With a lack of stock, it becomes important that if you want to join the property ladder that you approach the market ready.

To do this, you want to be pre-approved before you go to an Open Home. Yet, it can be challenging to know how much to offer. In this article, I’d like to give you hope and the top 5 leadership tips around finance for your tamariki to get them on their way….

1. A Leader Plans For The Future [Join Kiwisaver]

In the Old Testament, there is the story of Joseph, who finds himself locked up in prison for an offence that he hasn’t committed. After a number of years rotting in jail, he is ushered to see Pharoah and to interpret his dream. Joseph identifies seven years of abundance in the land, followed by seven years of famine.

What we are encouraged to do is to start saving. Put aside a little every week and it will accumulate over time. If your tamariki are working, make sure that they set up a Kiwisaver account. This becomes a compulsory savings account for them, something that the bank will consider as evidence that they can save money.

When it comes time to buy their first home, the government has put aside some attractive grants through Kainga Ora. They may qualify for as much as a $10,000 First Home Grant per person. But wait, there’s more…

That could equate to $20,000 for a couple, which can be used towards their deposit.

Obviously, T&C’s apply, and you can find out more by visiting https://kaingaora.govt.nz/.

2. A Leader Pays Off His Creditors On Time [Keep a clean credit history]

After the first lockdown in 2020, where retailers were closed for much of that period, people rushed back into the malls and spent BIG TIME! In fact, one commentator called it “Revenge Spending!” The trouble for many people is that they will spend, but sometimes fail to pay it back in a timely fashion. Surely that isn’t too bad a thing, is it?

Well, if you listen to the Psalmist, he would beg to differ. In Psalm Chapter 37, verse 21 he says, “The wicked borrow and do not repay, but the righteous give generously”. Don’t get sucked into the false sense of security, thinking that a small sum of money, let’s say $20, that isn’t paid back in time, will have little material impact on you. Unfortunately, it can.

Today retailers use “After Pay” to tempt your tamariki to buy now – pay later. Back in my day, we called it ‘layby’. The difference is that we had to pay up in full BEFORE we bought the product.

With After Pay, having monthly payments of only $20 may seem convenient, but if they miss a payment, it’s reflected in their credit history. Banks look for good financial character with every applicant. One measure will be their credit score. A $20 missed payment is given as much weight as $2,000. (If you want to see what your credit rating is for free, go to https://www.creditsimple.co.nz/.)

Teach your tamariki how to set up an automatic payment on their internet banking App or at least create a reminder to pay the loan off at least two days prior to its due date.

3. A Leader Always Start With A Budget [Prepare For The Future]

There is a scripture, in Luke Chapter 14, that says: “28“Suppose one of you wants to build a tower. Won’t you first sit down and estimate the cost to see if you have enough money to complete it? 29For if you lay the foundation and are not able to finish it, everyone who sees it will ridicule you, 30saying, ‘This person began to build and wasn’t able to finish.’”

This is the least popular suggestion that I have, but the most practical. If they know how to set a budget, they can put a plan together to start saving. To help people get started, I have access to a simple budgeting tool that you can download here.

3. A Leader Looks For Fragments [Expensive Isn’t Always Best – Is It ‘Fit For Purpose’?]

Have you ever seen the programme, “Eat Well For Less NZ”? It was airing on TVNZ1 (if you haven’t seen it, check it out on TVNZ On Demand). They encourage families to replace ‘brand-name’ products in their weekly shopping for the ‘house brand’. The savings are merely fragments, when measured individually. But when accumulated, they can be staggering.

Using the same principle, what if your tamariki cut out that cup of coffee and a muffin that they eat every day (substitute that with can of V and a pie, it’s still the same)? They would save an average of $8/day x 5 days/week. That’s $40/week. If they put that aside, by the end of the year they would have saved $2,080!

I call this the Matthew 14:20 principle. This is all about finding the leftovers!

Jesus and his disciples found themselves amongst a large crowd (of 5,000) in an isolated place. As evening approached, the disciples came to him and said, “This is a remote place, and it’s already getting late. Send the crowds away, so they can go to the villages and buy themselves some food.”

But Jesus had other plans. He replied, “They do not need to go away. You give them something to eat.” The disciples, using worldly eyes told Jesus that they only had five loaves of bread and two fish in their possession. (And when I say ‘their’, I actually mean a young boy!) Yet, after Jesus had blessed the food and they dispersed it amongst the crowd, the disciples were able to collect 12 baskets of leftovers… “20They all ate and were satisfied, and the disciples picked up twelve basketfuls of broken pieces that were left over. 21The number of those who ate was about five thousand men, besides women and children.”

Use the leadership principle of looking for fragments. Substitute the expensive for the ‘shop brand’. Lots of little leftovers can accumulate to a large sum of money.

Not all interest is made equally. You can have a mortgage. If you are lucky, you may have fixed the interest rate at 3.4% over three years. Maybe you have a personal loan, which you used to purchase a vehicle. It is quite possible that you can be charged anywhere from 6.95% to 16.99%. Or you can pay for it on the plastic-fantastic (otherwise known as a credit card). The trouble with that is that if you don’t pay it off you can face interest charges that vary from 12.90% to 20.95% (with the average being 19.95%). So why not take advantage of those 60 months interest-free deals that you see popping up from time to time? Here’s why…

These deals are financed by organisations that charge upwards of 25.99% to 29.95% if the loan is not paid off in full by the time the interest-free period expires! When you read the Message Version of the Bible, in Leviticus Chapter 25, verses 35-37, we are encouraged to avoid interest. “Don’t gouge him with interest,” the writer says. “Don’t take advantage of his plight by running up big interest charges on his loans.”

Not everything is what it seems. It takes discipline to put money aside and pay things off on time. Investing in some research up front can save you a lot of interest payments at the back end. In fact, Dr. John C. Maxwell, a world-renown leadership teacher says, “There are two paths people can take. They can either play now and pay later or pay now and play later. Regardless of the choice, one thing is certain. Life will demand a payment.” But whenever you pay at the back end, it always accumulates interest! 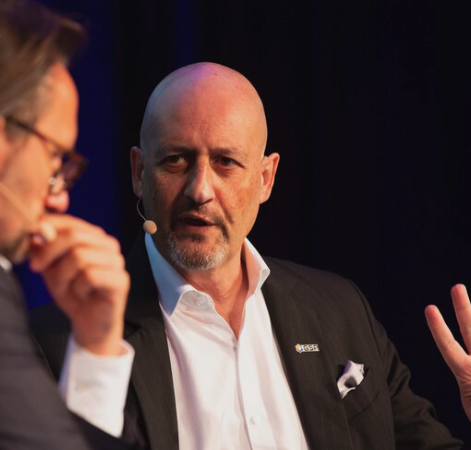 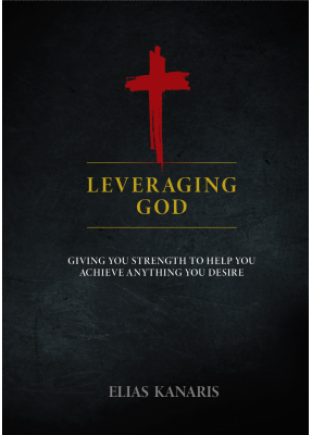 LEVERAGING GOD: GIVING YOU STRENGTH TO HELP YOU ACHIEVE

What would you do if you found yourself $2,000,000 in debt, with all your lines of credit maxed out? Would you call it quits? Would you call in the liquidators and declare bankruptcy? Would you rush around and see who you can persuade to loan you some money – any money? Family? Friends? Or would you leverage God?
What??! Don’t be sacrilegious, Elias. What you are saying is blasphemous. You can’t manipulate God! I’m not saying that I tried to manipulate God. I’m just saying that I was leveraging God. There’s a subtle and important distinction…
By leaning into God and allowing myself to submit to His will and His word, I was able to remove 94% of my debt in less than six months. All legally. All above board. Without having to sell my home from beneath us. And all through Him and His strength. 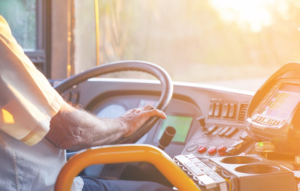 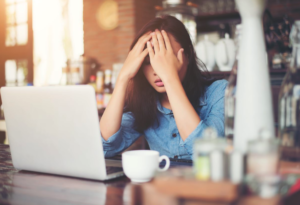 Why technology isn’t always your friend

Back in the early 1990’s, whilst working in the United Kingdom, I was involved with a product called the Personal Communication Computer (or the P.C.C. for short). It consisted of a desktop computer, with a camera, tailored hardware and software and a phone connected to an ISDN line. 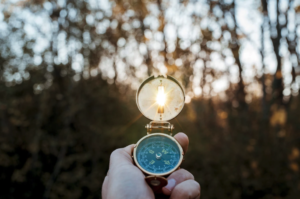 Do you think you are a leader 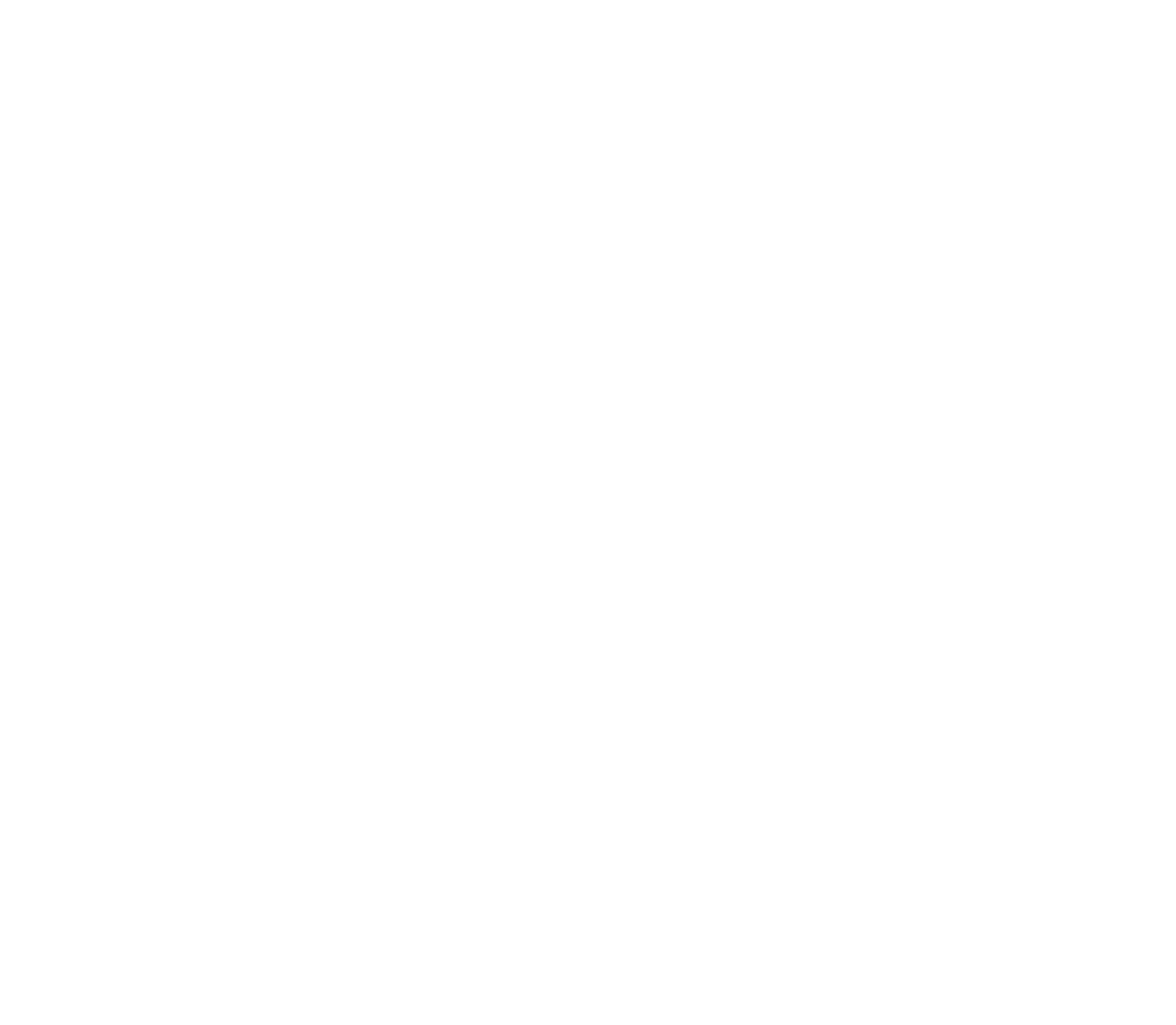